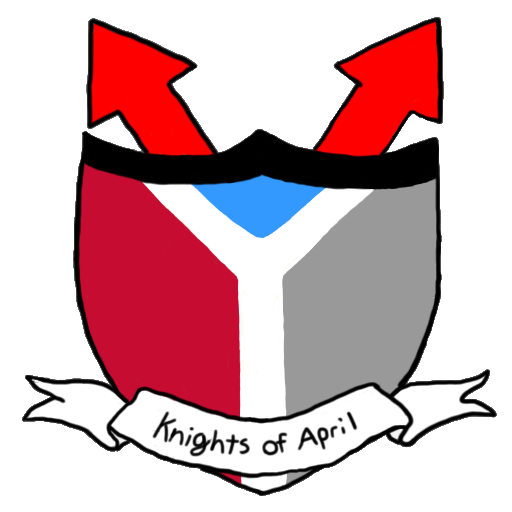 Greetings fellow Knights, April factions, and curious Redditors! March is ending, which means April is right around the corner. We are very excited and we have been working on solutions, processes, and tools for upcoming April events that will keep us on top of whatever comes our way. Do you want to get involved with April? Keep reading for a recap of 2019, the factions involved, and where to look for resources to learn more about Reddit April Fools 2020.

2019 was a busy year, Reddit has been keeping the April factions involved well after the Sequence event. Last year’s theme seems to have been all about collaboration, not just with our own group or faction, but between many of them. Reddit April Fools 2019: Sequence, and the events that followed it has sparked something within us that proves April is bigger than any one person, or any one faction, or any one month. And so, many of us have been working together outside of April. We have been working with some of the biggest April Fools factions across Reddit.

The Path of Kairos

We have been obsessed by an Augmented Reality Game (ARG) called The Path of Kairos created by the brilliant Reddit Admin Youngluck with the help of some well-known ARG creators.

The ARG follows the thrilling tale of Kairos, a young God on an epic adventure in search of an answer to his question. Youngluck has spun a vivid and magical Augmented Reality Game that takes us to places both imaginary and real (literally, we’ve been to several real locations!), diving deep into the mysterious connections between the known and unknown, between God and Man, destruction and Creation. Not everything is what it seems, and sometimes what sounds too good to be true is actually true! We have been on a long pause, but not as long as some famous (sort of) pauses during Homestuck.

Other events that we have been involved with this year was Layer. A collaborative between Adobe and Reddit, where users could create art in layers on a canvas. You can find more about it here. Interestingly, Kairos ARG also tied into this event, and while we created art, we also had to search Layer for clues in solving the ARG.

Then Reddit released RPAN, and once again it was amazing. The Reddit Public Access Network allowed us to watch other redditors stream and allowed us to stream as well. Once again, we were on the lookout for even more clues to the Kairos ARG that Youngluck created.

The April Knights, the Narrators of Narrator Nexus, along with Snek, Swarm, ccKufi, and even a few members of the Stan Lee Community have been working together to solve this amazing story.

As things have calmed down after the Holiday Season, we have been planning and preparing for March and April. Time flies, and April is Coming. Multiple groups are hard at work searching for clues to this year’s event, and the Knights are no different. Looking for new subreddits, checking the mobile apps base code, watching each other, everyone is busy doing something to glean that extra bit of info and turn it into an edge.

We are delighted that the Reddit April Fools events, especially Sequence, has brought together an amazing community of many individuals rich in diversity, skill sets, and reddit philosophies; and we are also delighted to pay it forward to other communities. We have an opportunity to do so now, we want to give you the best head start when it comes to the upcoming April Event. With information about where to look, what to look for, and where to get the most up to date news.

We encourage all users to hop in on the fun, and get involved in April. It’s easier if you have a plan, or know where to look for information. Perhaps you have your own group or faction, or perhaps you want to join one or learn about the ones we know of. Either way, here is a good idea of what to look out for this spring, and how to go about getting involved before it’s too late!

You do not need to be in a faction to join and participate in the hub discords. You must follow any rules regarding posting and content in each discord server. These discords are listed here because I believe they are extremely useful in figuring out how to participate in April Events.

While there are many Hubs and Factions, these are three of the most open and diverse, they include members from all known factions and they are generally the ‘CrossRoads’ of April.

From these three discord servers, you will find many other servers and subreddits available, as well as be kept in the loop about any new information regarding April. You will also be able to participate in all the fun in whichever way you choose!

There are many ways to go about the April challenge. We are posting this not to promote any one faction or guild, but to give everyone a chance to be on the same page as us. Generally the bigger and better your resources the more ahead of the game you will be. We are April veterans, we love what we do, and we think that we have the best resources and knowledge when it comes to playing April.

Grandmaster, and Leader of /r/RedguardKnights.