Reddit user is_cookie wrote this song titled ‘Just A Second More’ about the sense of existential dread some users would experience before pressing the button.

The April Knights have history stretching back over three years. In that time we have faced countless adversaries and had a few different leaders and visions. From the very beginning though, we have had a few assets and enemies that will likely never disappear completely.

The Knights ultimately succeeded in making the button last an extra month, but this wasn’t accomplished without controversy. At first, we had a programmer knight named /u/Mcne make a plug in that would allow a knight to monitor the button’s current level from any web-page he or she happened to be on. Things gradually got more complex from there, until we had a system where the plugin, now named ‘The Squire” that could automatically click for you to get a time you wanted. The community was torn over this use of ‘black magic’ but eventually seemed to accept it. The wider button community however, was not pleased when we introduced ‘zombies’ to click for us. The zombies were accounts that had been abandoned, their passwords and names posted online for anyone to use. Mcne rigged the squire so that at the last second, a zombie would click to keep the button going if no human had done so within the minute time limit. 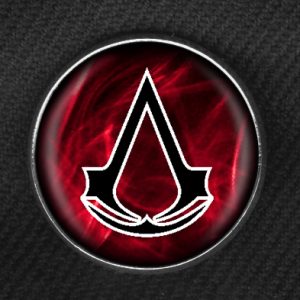 Fighting against the knights every step of the way were the self titled ‘assassins’ lead by a fedora sporting leader named LiminalSoup.  The assassins adopted the goal of defeating the knights and making the timer run out. To this end, Assassins launched denial of service attacks  on the Squire and other knight meeting places. The Assassin plans to infiltrate the knights was mostly foiled by the counterintelligence organization known as ‘The Inquisition’ lead by Ghostiese. After declassification at the end of the war, it was revealed that Knight agents had infiltrated virtually every circle created by the assassins, and knew all of their actions. Some say that there are still Assassins waiting in the order for their opportunity to strike, but those remain mere rumors.

The most recent April fools event, taking place in 2018, was the Circle of Trust. This challenge saw each user given a circle and allowed to create a name and password. Anyone with the password could either join a circle, or destroy it. If joined, a circle’s score would go up by one, if destroyed, a circle would be unable to grow anymore.  During this event the April Knights saw their numbers triple, and eventually stood as the 5th largest when the experiment abruptly ended. Thanks to the loyalty and structure of the knights, no major Knight circles were ever betrayed. Our new adversaries aiming to betray our circles, known as the ‘swarm,’ were easily defeated.