We want you for the April Knights! 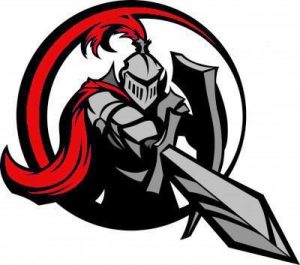 The April Knights are a community who are dedicated to participating together on different April fools events across the internet. Since 2015, every year on April first the Knights have reunited to take on the latest twist of April fool’s fate together, mostly organizing on the messaging platform, Discord and the forum aggregation website, Reddit. We hope you’ll consider joining us this year!

The April knights began as The Knights of the Button, when on April fools day 2015, the entire community of Reddit was captivated for two months by a button exactly like the one recorded above. Placing your cursor over the button yielded a satisfying lightening effect, and with one click you would disable the protection shielding the button. After that, another press would end your participation in the experiment, because you could only press once, and would also reset the timer counting down beside the button to 60 seconds. Clicking the button also gave you a ‘flair’ in the form of a color that would appear beside your name.

We all knew that the button would eventually reach 0, as that was the point of the experiment- and the rules clearly stated the whole event would stop after the timer hit 0. However, it became abundantly clear how much fun everyone was having messing around getting different flairs and organizing themselves into groups with different ideas about what would happen after the button and what time/color was best. Seeing all this enjoyment inspired about 3,000 people to dedicate themselves to keeping the button ticking, and after dragging the experiment out for an extra month when it finally did fall, we elected to stick together for next year as well. Now that the button was gone, we couldn’t be the Knights of The Button anymore, so we decided to become the April Knights. Since the beginning we have organized ourselves democratically, electing our “Grandmaster” and voting on proposed rules for the order.

Moving forward we now drag out and build up every April fools event as long as possible, banding together to create the biggest groups and address each challenge from the developers as a unit. For those who remain all these years later, the true reward for our hard work protecting the button was a still growing community that could stand the test of time.

In order to join the April Knights you need to officially swear allegiance to the group in an official thread, although the exact wording is up to you. In late March there is always a thread put up on Reddit for this purpose, you will need a Reddit account in order to swear in, and after you will become a ‘pledged’ or ‘sworn’ knight. After that, it is basically required to join the official knight discord, at join.AprilKnights.org where you will have to pass an interview. If you end up failing, you can try again in six months. The final step is to pick a battalion that interests you, and check in with the commander of that battalion for orders. There are always things that your commander will be able to have you do even in the off season between April events.